HomeLatest NewsBioluminescence on the East Coast: is it a miracle?
February 25, 2021

Bioluminescence on the East Coast: is it a miracle?

When the soul asks for romance, the starry sky is not enough. But what about the luminous sea, when the ridges of waves seem to be filled with liquid blue fire, and thousands of blue sparkles make the water look like a magical elixir? This magnificent natural phenomenon is called bioluminescence. 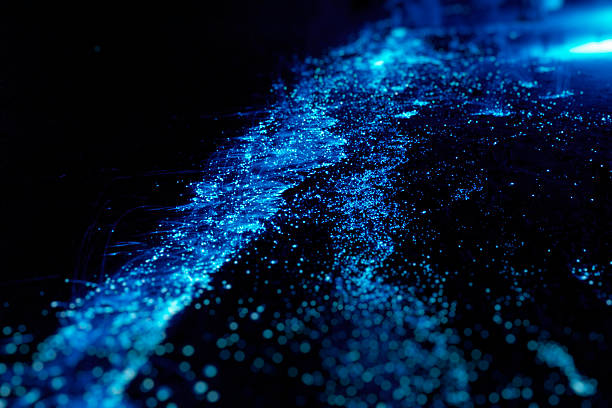 It can be enjoyed in many places of the world by the sea or the ocean and manifest itself in different ways. Sometimes it seems that small stars flicker underwater. This amazing phenomenon is frequently noticed in March, August, and September. East Coast of UAE is one of the places where bioluminescence was noticed. So, let us have a more detailed look at the essence of this unique phenomenon.

Bioluminescence: what is it?

The word bioluminescence comes from “bio” meaning life and “lumin” meaning light. For centuries, the luminescence of the seas and oceans remained a mystery. Some scientists explained it by the presence in water of phosphorus and electrical discharges that occur when salt and water molecules are friction. According to another version, the ocean at night reveals the energy that is accumulated during the day. It was difficult for the scientists to find the truth.

Nevertheless, the real answer was found in 1753. The natural scientist Becker considered drops of seawater through the magnifying glass. The magnifying glass detected tiny, unicellular organisms, in the size of which was about 2 mm in diameter. Interestingly, they reacted to any chemical irritation with flashes of light. It is the significant event that can be observed in fireflies. Now the fact that it is phytoplankton that is responsible for the glowing field of stars at night sea or ocean during the period of mass reproduction is already undeniable and is absolutely harmless for people.

When is the best time to enjoy it?

Those who were lucky to swim in the sea at night when there is luminescence will remember this enchanting spectacle for life.

Resting at the east coast in August and until mid-September, you will have a chance to observe a very beautiful and unusual phenomenon in the evening. It looks fascinating! If you decide to swim, do not be afraid and just enjoy the moment. A sparkling plume remains behind.

There was a situation when a man has noticed that the water was full of light on Fujairah beach. He was having a rest together with his family. They were frightened and decided not to touch the water, being afraid it is toxic or there is something harmful to human health in it. They took some pictures and left.

All in all, bioluminescence is an amazing thing that impresses anyone who has a chance to see it. The fact that it is noticed on the East Coast makes this area even more attractive for tourists.